​The Formation Of The World Hockey Association

An Anecdotal History of the WHA Michigan Stags

Hockey fans with long memories remember the World Hockey Association as an upstart enterprise strong on ambition and innovation but light on cash and principle. Overall play may not have approached the talent level of the National Hockey League, but individually the WHA boasted some of the sport’s greatest names during its seven seasons of existence, ranging from established stars like Gordie Howe to promising youngsters like Wayne Gretzky.

Viewed at from different angles, the WHA either was a much-needed force for change in the game–or a circus run by carpetbaggers. Winnipeg’s shocking signing of Chicago Blackhawks superstar Bobby Hull to a $2.75-million contract in 1972 had the effect of boosting artificially low salaries across the board. But with the big bucks came player agents (practically unheard of in the NHL before then) and franchise-hopping on an unprecedented scale. Between 1972 and 1979, the WHA fielded 32 teams in 24 different cities. Only four would ultimately survive.

Curiously, although Detroit has always been recognized as a hockey hotbed, the city had a WHA franchise for just a few months. In the summer of 1974, Chuck Nolton and Pete Shogun, a couple of local entrepreneurs with interests in the chemical business, bought the moribund Los Angeles Sharks. They moved the franchise to Detroit and renamed it the Michigan Stags.

The Stags, coached by ex-Wings player and coach Johnny Wilson, held its training camp at the University of Michigan’s Yost Arena. The team got little respect. A circus kept them out of their home, Cobo Arena, until the seventh game of the season. The play-by-play announcer for their inaugural game, a veteran broadcaster, was so underwhelmed by the assignment that he didn’t even bother to study the roster before going on the air. “Number 14 passes to number 8,” he told his audience. “He takes it into the corner and passes to number 16….”

The Michigan Stags quickly proved to be a disaster, financially and competitively. Attendance fell far short of what was needed for the club to break even. “I’d say they’d draw a couple of thousand a game,” recalled Jack Berry, then the hockey writer for The Detroit News. “You never had to worry about finding a parking space, I remember that.”

Defenseman Larry Johnston played three seasons with the Red Wings before signing with the Stags. “I got a little more money,” he recalled. “I thought they’d stay around for awhile. Instead it was a disaster.”

According to Johnston, the new owners didn’t realize how much money it took to operate a professional hockey team. They were strapped for cash straight out of the gate. “Hotels wouldn’t let us check in on credit, so we had to sit around in the lobby until somebody came up with the money to pay for the rooms in cash,” he said. “We’d get off an airplane and the bus driver wouldn’t take off until he was paid in advance. All of our sticks were neutrals; they’d gotten them wholesale from some place. It was all pretty sad.”

The Stags’ offense featured Marc Tardif, an accomplished scorer who had jumped from the Montreal Canadiens to Los Angeles the previous season. The 25-year-old left winger started the 1974-75 campaign with the Stags and finished it with Quebec, bagging 50 goal between the two teams. He went on to capture a couple of scoring titles in a Quebec uniform, including a WHA record 154 points in 1977-78. His point totals predictably went down when he returned to the NHL, but he was still good for 25 to 30 goals a season playing in the senior circuit. All told, he popped 510 pucks into NHL and WHA nets during his 14-year, two-league career.

Another Stag worth mentioning was a husky forward from Royal Oak named Bill Evo. The former Peterboro Pete had been selected by the Red Wings in the third round of the 1974 draft, but he opted to sign with the Stags. After five WHA seasons, including stints with Cleveland and Edmonton, he quit hockey to pursue law career. In 1995, Evo was named the Wings’ president, partially because of the experience he had gained in the WHA. Part of that experience was being informed in the middle of a road trip that the Stags’ owners had defaulted. This occurred in early 1975, when creditors caught up to the Stags in Cleveland.

“That last game they weren’t even the Stags,” Jack Berry recalled. “That night when the players trooped into Richfield Arena, they had their jerseys taken away from them.” The Stags’ red, green, and brown uniforms were replaced with generic, logo-less outfits. Afterwards, the players were free to strike their own deal. Many wound up in Baltimore, where the franchise was resuscitated as the Blades.

The Michigan-Baltimore club, which scored fewer goals and surrendered more than any other team in the league, finished with a 21-53-4 record for 46 points. Only the expansion Indianapolis Racers had a worse record. The Racers, at least, quickly turned things around and won a division title the next season. The Baltimore franchise folded.

The Stags’ owners need not have felt bad. More franchise shifts and failures followed. In four years the WHA shrank from an ambitious three-division, 14-team league to a barely breathing circuit of six clubs, four of which (Winnipeg, New England, Quebec, and Edmonton) were absorbed into the NHL for the 1979-80 season.

Asked to summarize the brief history of the World Hockey Association, Jack Berry responded: “The players weren’t as skilled as those in the NHL, but they were entertaining. It was certainly minor-league hockey. But you know what? Today, with expansion, all of those guys would be playing in the NHL.”

Made from heavy game weight double knit fabric with double elbows, double shoulders and 1970's style tie down fight straps. This jersey is made by a former manufacturer of pro jerseys worn in the national, american and international leagues and represents the finest quality available in the industry. The front logo features a twill crest precision cut and hand sewn onto the garment. This jersey is available in home white or road red. Numbers and name are available for a slight additional cost (much less than others charge). 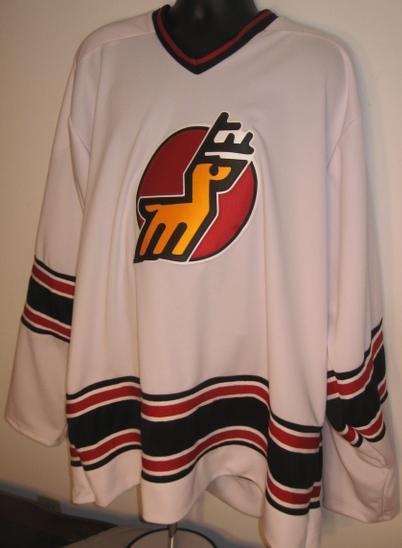 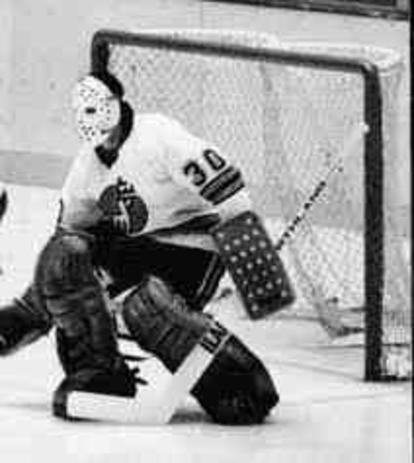 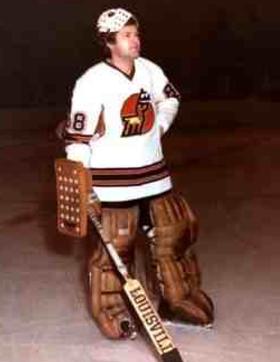 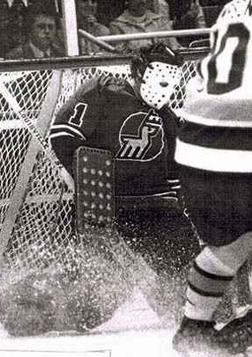 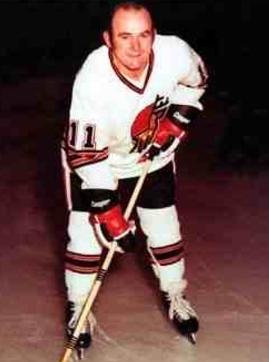