Made from heavy game weight double knit fabric with double elbows, double shoulders and knit cuffs and turtleneck because those outdoor rinks were cold in the early 1900's.

The front logo is made from felt and is hand sewn onto the garment. Price includes your choice of number sewn on the back. 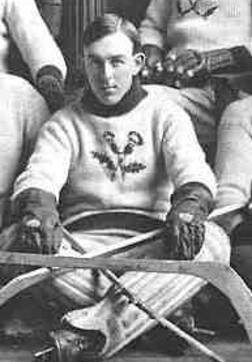 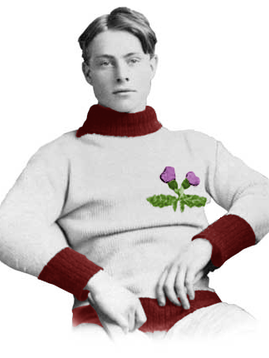 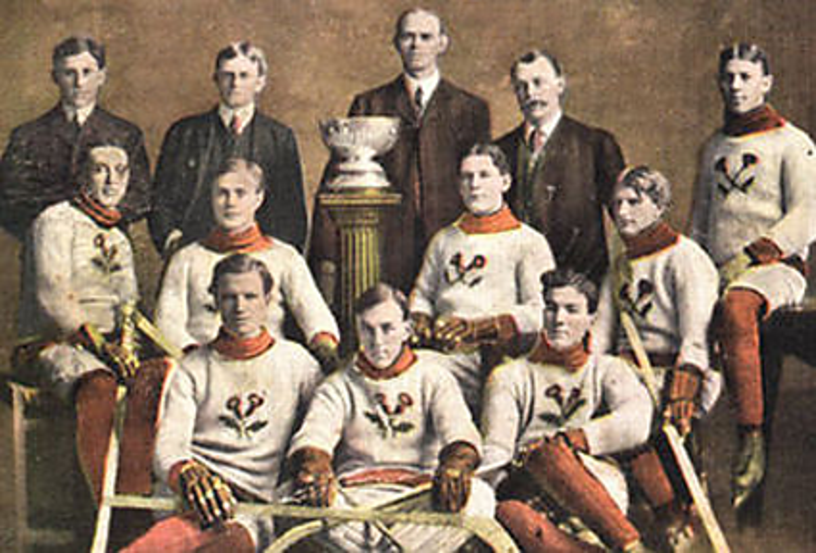 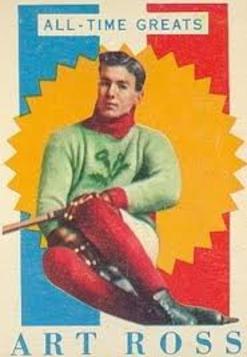 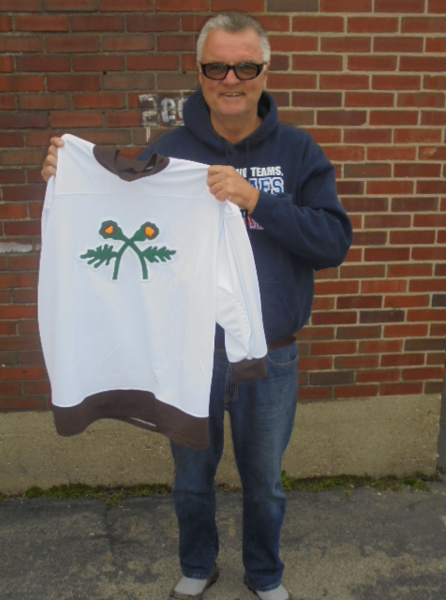 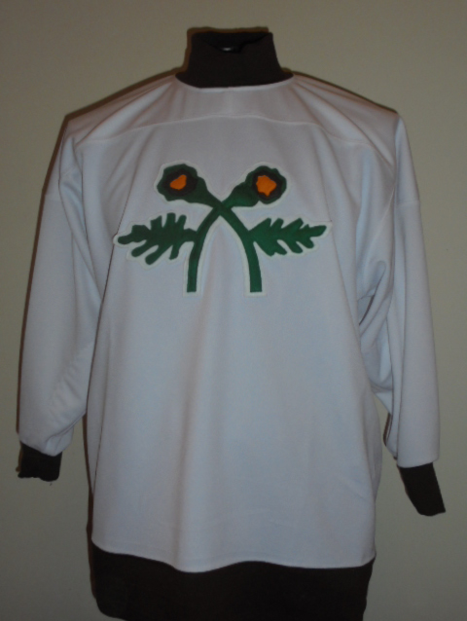 On January 21st 1907, the Kenora Thistles won their only Stanley Cup Championship, defeating the Montreal Wanderers 8-6 at Montreal.

The Kenora Thistles were an early amateur men's ice hockey team based in Kenora, Ontario, Canada, formed in 1885 as a senior team by a group of Lake of the Woods lumbermen. Their junior team started play in amateur leagues in the 1890s, and ceased playing in 1907, playing against Manitoba and Northwestern Ontario based teams.
The town of Kenora was originally known as Rat Portage. In the late 1880s, an amateur senior hockey club was formed by older professional men, most of them lumbermen, gold prospectors, or individuals in the local mining businesses. By the early 1890s, several young boys of the Rat Portage area, most of them between the ages of 9-11, formed a junior ice hockey team of the same name, which went on to beat the senior team in an exhibition. Among these young men were future Hockey Hall of Famers Tommy Phillips, Tom Hooper, Billy McGimsie, and Silas Griffis.

Over the next five years, these young players began to populate the senior team and quickly established themselves as one of the premier amateur hockey clubs of the western Canadian provinces. In 1903 they challenged the Ottawa Silver Seven for the Stanley Cup and lost. In 1905 they again challenged the Ottawa squad with the same disappointing results. That summer, the town of Rat Portage changed its name to Kenora.

In January 1907 the Thistles again challenged for the Cup, winning it in a two-game, total-goals series against the Montreal Wanderers. Two other future Hockey Hall of Famers, Art Ross and "Bad" Joe Hall were added to the roster from Brandon, although Hall did not play. The games were played on January 17 and 21 in Montreal. Phillips scored seven goals in the two games and Kenora defeated the Wanderers 12–8, winning both games 4–2 and 8–6.