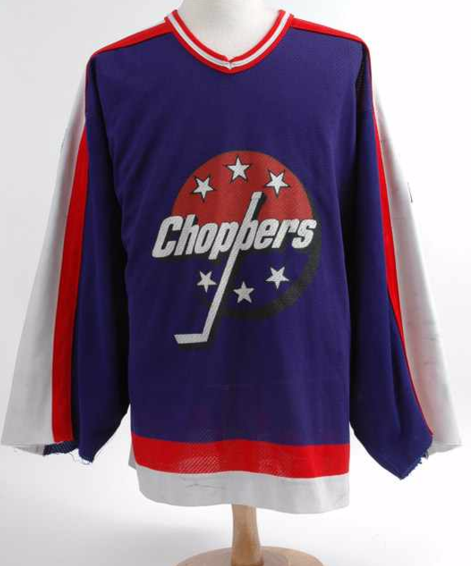 Legacy of the Albany Choppers

The Albany Choppers was an independent professional ice hockey team competing in the International Hockey League during the 1990–1991 season. The franchise originally existed as the Fort Wayne Komets, whose owner, gravel magnate David Welker, opted to move his franchise to Albany, New York and its brand-new Knickerbocker Arena, a major league caliber facility, as the IHL began its major expansion outside its traditional base in the Great Lakes region. They were the easternmost team in the IHL since the Johnstown Jets left the league in 1955. The Schenectady-based Price Chopper supermarket chain bought in as a minority partner—hence the name and colors of red, white and blue, which matched Price Chopper's corporate hues.

The team began play in the 1990–91 season, but ran into several major roadblocks. By this time, the IHL had firmly established itself as a top-level feeder league for the National Hockey League. The entrenched American Hockey League was unnerved by the IHL's expansion into its traditional stronghold in the Northeast, and hastily planted an expansion team just across the Hudson in neighboring Troy, the Capital District Islanders. The established Adirondack Red Wings were less than fifty miles north in Glens Falls. Never in recent history had so many minor-league teams been crammed into such a small market. It did not help matters that the perennial college hockey powerhouse RPI Engineers also played in Troy. All three suffered at the gate through the subsequent price wars (although RPI benefited from having the Capital District Islanders as a tenant).

However, the Choppers suffered the most. Not only were they essentially an expansion team, but their bottom line suffered due to having to cover opponents' travel expenses--a condition of the IHL approving the move to Albany They were unable to secure a full NHL affiliation (and its subsidized salaries); they had to settle for a secondary affiliation with the Vancouver Canucks. The team sank into last place, and attendance plummeted; for numerous games attendance in the cavernous 'Knick' (capacity 15,000) was no more than a few hundred fans. After local media reported attendance figures at odds with the ones management was reporting (by quite literally counting heads), the team ceased to report attendance altogether, while giving season tickets away outright.

As it was, the team hemorrhaged funds, held back by the costliest travel budget in the IHL and a lack of natural rivalries. Their nearest opponent was the new Komets (Welker's franchise had been replaced by the relocated Flint Spirits team), some 670 miles west. At one point, the team struggled to meet payroll (missing it several times) and supplies ran short. One notorious incident came during an overtime game against the Komets, when Jim McGeough was sent out for the final shot in a shootout because he had the only sound hockey stick remaining on the bench.

By December, the Choppers were gasping. Their assets had been frozen when a travel agency sued them for nonpayment, and they lost their radio flagship due to three months of unpaid bills. Out of desperation, Allison put all of the players who didn't have NHL contracts on waivers. The Milwaukee Admirals claimed Henry, forcing the Choppers to trade Lemieux to the Admirals to get Henry back. However, it was understood that Lemieux would return to Albany if Welker found a buyer for the team.

The end came in February, when Price Chopper announced it was pulling its sponsorship and its investment after the season, citing a poor relationship with Welker and lackluster promotion. By February 14, the Choppers were so short of cash that they were not only about to miss payroll again, but didn't have enough money for their next road trip. Even though they had won six of their last nine games and were in contention for a playoff berth, no credible buyers were on the horizon. Welker finally gave up and shuttered the team that night. The Capital District Islanders promptly honored all Choppers season tickets in an attempt to boost their own attendance. Somewhat ironically, Henry, Knickle and Vivieros finished the season back in Springfield, where they helped the Indians to their final Calder Cup championship, while leading goal scorer Yves Héroux would move to the Peoria Rivermen and prove key in their own Turner Cup championship in that same season against the Komets, the team with whom Burnie signed. Lemieux, Burnie and Richter retired after the season. Defenseman Scott Drevitch was the final Chopper active in professional hockey, playing for the Elmira Jackals of the United Hockey League in the 2006–2007 season. 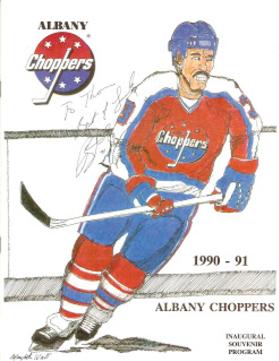 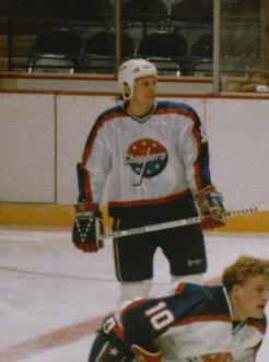 Made from heavy game weight double knit fabric with double elbows, double shoulders and fight straps. This jersey is made by a former manufacturer of pro jerseys worn in the national, national, american and international leagues and represents the finest quality in the industry. For questions or ordering use the CONTACT or ORDERING buttons on the left or telephone us at 716-260-2968 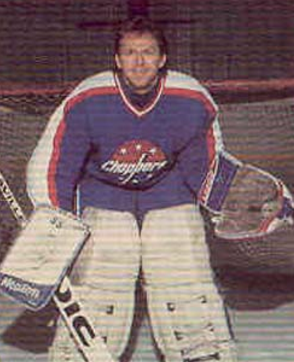