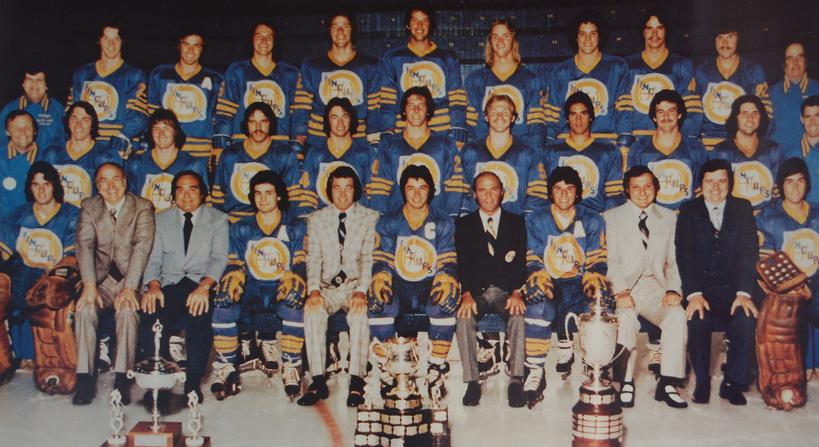 The Legacy of the Hamilton Fincups

It was certainly the end of the Hamilton Forum era.

While the Fincups were beating the favoured New Westminster Bruins, 5-2, in the Memorial Cup final at the Montreal Forum, their own Forum had essentially gone dark.

The rink needed a new ice plant and could accommodate, legally, only about 3,000 fans. So owners Ron and Mario Cupido and Joe Finochio could not make enough money to keep the team profitable.

They wanted to build their own arena on the mountain to seat about 8,000 — wouldn't that be helpful today? — but Hamilton mayor Victor Copps, hoping to build an NHL-sized rink, asked them to cool their heels.

So, once the 1976 Ontario Hockey Association Major Junior League championships were done — Hamilton swamping Kitchener, Toronto and Sudbury — so was the Barton Street Arena and, ultimately, the Fincups were done in Hamilton, at least for a year. They moved to St. Catharines, then came back to Hamilton for one more kick at the can, this time at the Mountain Arena.

And, after a 23-year stretch in which the franchise might have changed owners and names (Tiger-Cubs, Red Wings, Fincups) but always played in the OHA's top junior league since the Windsor Spitfires moved to town in 1953, the long-term stability of junior hockey in Hamilton vanished.

The Fincups came back for a year, the Steelhawks were here for a while, and so were the Dukes. But all short-term. Now, the Bulldogs are looking to re-establish junior hockey as a permanent jewel in the city's sports crown.

But, in the spring of 1976, junior hockey owned Hamilton. The Fincups were known as a gritty, tough team that played collectively taller than they stood, symbolic representatives of an industrial city with a chip on its shoulder. A little reminiscent of the football Tiger-Cats.

But the '76 Fincups weren't just tough, they were good, and they were skilled. Dale McCourt, nephew of the legendary Maple Leafs captain George Armstrong, would be named Canada's top junior player the following year. When the three-team (there was no second representative from the host league as there is today) Memorial Cup opened on May 9, he was already captain and had topped the 50-goal mark twice in his three major junior seasons.

"I had 90 points that year, and was 10th in league scoring, but I was the third line centre on our team behind Dale McCourt and Danny Shearer," Fincup Joe Contini told The Spectator when the Fincups were inducted into the Hamilton Sports Hall of Fame in 2012. "We were good."

Good enough that nobody could touch them in the OHA major junior playoffs. The Fincups had come close to making it to the Memorial Cup the previous season when they lost the seventh game of the provincial final in Toronto, with some 3,000 Hamiltonians making the trip down the QEW. The Marlies went on to win the 1975 national championship.

But the Marlies went out meekly in 1976, gaining only a tie in five games of the OHA semifinal against the Fincups, who had swept Kitchener in four games to open the Ontario playoffs, then beat OHA pennant-winning Sudbury in five games to close them out.

Thirteen games in their league playoffs with one loss, three games in the Memorial Cup with one, narrow, loss. You can't get much hotter at just the right time.

The Fincups were managed by former St. Mike's star Dave Draper and coached by a young Bert Templeton, who had led the Jr. B Red Wings, also owned by the Cupidos and Finochio, to the Ontario championship in 1974.

Templeton inspired loyalty, hard work and fierceness, and his teams were known for their frequent brawls, which often overshadowed the deep talent level on the 1976 team.

Fans interacted closely, and usually with bad intent, with visiting players and coaches in the Barton Street Arena, making it an intimidating place to play.

For instance, in January 1976, the Sault Ste. Marie Greyhounds were in town and the on-ice rumble got so intense that Templeton and Soo coach Angie Bombacco also fought each other and the Greyhounds had to be escorted off the ice by Hamilton police. It was not the only police intervention of that season.

The 1976 Fincups were physical and skilled and they were pretty local. Eight players were from Hamilton or Burlington, including both goalies, Mark Locken (Burlington) and Al Jensen (Hamilton).

The owners had bought the then-Red Wings, and the ill-fated arena, from their old friend Nick Durbano in the summer of 1974 when Durbano was ready to move the franchise to Brantford.

According to their players, Finochio and the Cupidos were excellent and compassionate owners. Each player got two rings after the season, one for the national title, one for winning the OHA crown that got them there. They were treated to a Bahamas trip, all expenses paid, after winning the Memorial Cup. And, perhaps most importantly, the ownership trio made it a point not to enter the dressing room, which they considered the players' domain.

"Because of what they did for us, we probably played 120 per cent better than we would have played for anyone else," Rob Street, a tough winger who was traded from the Kingston Canadiens to dig out the puck for McCourt in the 1975-76 season, said after Mario Cupido died last March. "Anything you ever wanted, Mario looked after."

It was with this sense of loyalty to themselves and to ownership, wrapped in a virtually uncontested post-season run that landed the Ontario title, and backed by the support of some 2,000 travelling fans that the Fincups arrived in Montreal for the Memorial Cup.

There, they would find themselves underdogs to the New Westminster Bruins, who were in the middle of a phenomenal four-year run in the national finals. While the 'Cups had a well-earned robust history, it couldn't touch the rap sheet of the big, bad Bruins who bashed and intimidated their way out of the west.

New Westminster was led by tough, aggressive defencemen Barry Beck and Brad Maxwell and forward Stan Smyl, all of whom would go on to solid NHL careers.

The third team in the tournament, the Quebec Remparts, had future multi-Stanley-Cup winner Kevin Lowe and future Hall of Famer Michel Goulet, and behind the 45-save goaltending of Maurice Barrette, beat Hamilton 4-3 in the Memorial Cup's opening game.

That made the Fincups' second game of the round-robin against the Bruins a must-win if they wanted to avoid a semifinal game and advance directly to the national final.

New Westminster decided to stay in character and tried to brawl and intimidate the smaller Fincups into early submission, starting with Smyl attacking rookie Al Secord. That led to a number of major penalties six minutes in, and Hamilton up by two goals.

Less than a minute later, Beck jumped Ric Seiling, gave him a black eye and loosened six teeth, and received the only penalty, a five-minute major.

Hamilton had a full two-man advantage for more than four minutes and that was it. The Fincups scored four times to make it 6-0. New Westminster didn't get a shot on Locken until more than five minutes had been played.

Joe Contini, playing on a line with Seiling and Hamilton's Steve Hazlett, scored two goals in eight seconds to set a Memorial Cup record that still stands, he also had a natural hat-trick in 72 seconds, another still-existing Cup record.

One was a one-timer, another a tip-in, a third off a rebound. Contini had already assisted on two goals, and had six points overall, another Memorial Cup mark, since tied twice, but never beaten.

"I was in the right place at the right time," Contini said 40 years later. "They came all on one shift and today you might not even have a shift that long."

Hamilton won the game 8-4 to advance to the final game, four days later, while New Westminster had to beat Quebec (10-3) to qualify for a rematch in the Cup final.

"In the second game I don't think they really knew how to play us," McCourt told The Spectator in 2001, when the AHL Bulldogs brought the '76 team back to Hamilton to honour their achievements. "I don't think they could chance to try and roughhouse us and be back in the penalty box."

With the Bruins off their game plan, Hamilton won 5-2 to bring the city its second (1962 Red Wings) and, to date, last Memorial Cup championship. McCourt and Seiling made the all-star team.

The Fincups moved to St. Catharines at the end of the season, and represented Canada at the world junior championships that winter, winning a silver medal. They returned to play at Mountain Arena for the 1977-78 season, then left the city for good. They landed in Brantford for six years then spent a decade in Niagara Falls as the Thunder before becoming the Erie Otters in 1996.

"It was the last championship I ever won, so it stands out for me," said Secord, who went on to score nearly 500 points and record more than 2,000 penalty minutes in the NHL.

"I don't think you understand at the time how big it is." 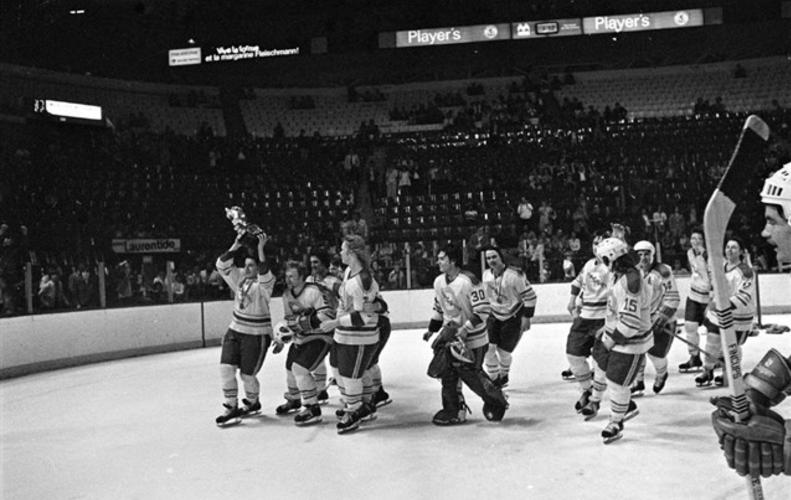 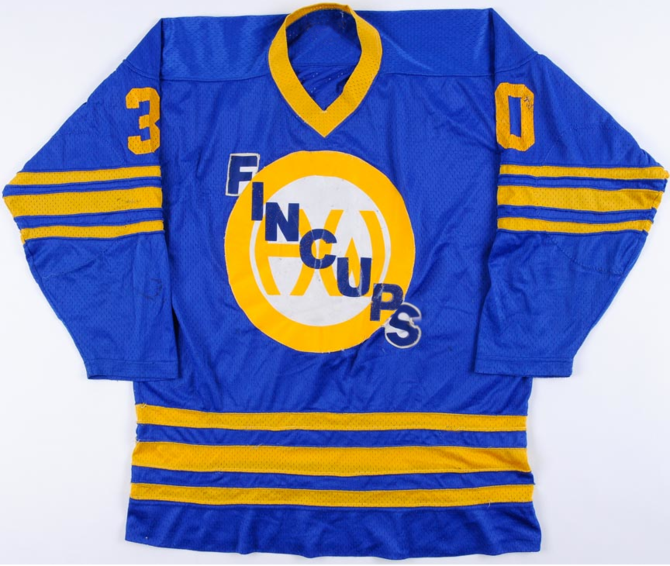 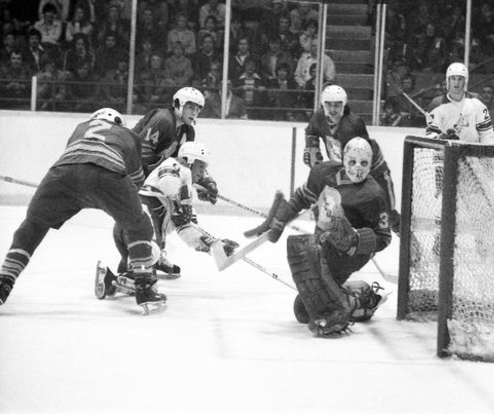 Made from heavy game weight mesh fabric with double elbows, double shoulders and fight straps. This jersey is made by a former manufacturer of pro jerseys worn in the national, national, american and international leagues and represents the finest quality in the industry. For questions or ordering use the CONTACT or ORDERING buttons on the left or telephone us at 716-602-4787 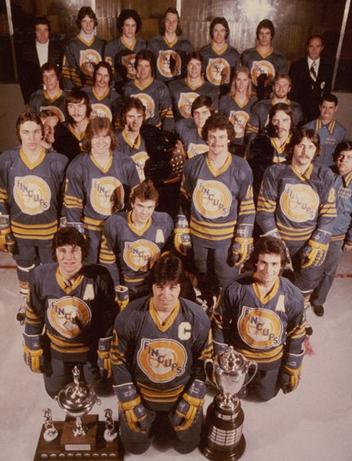