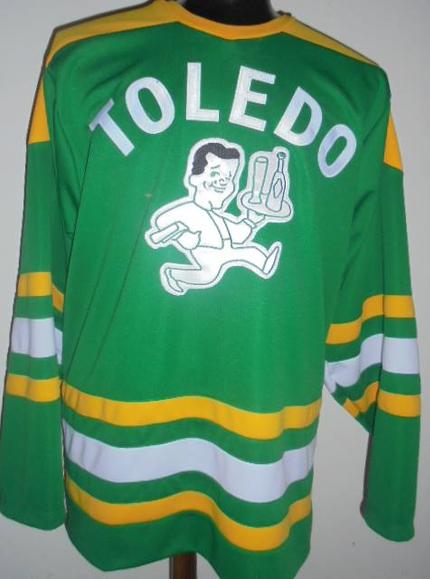 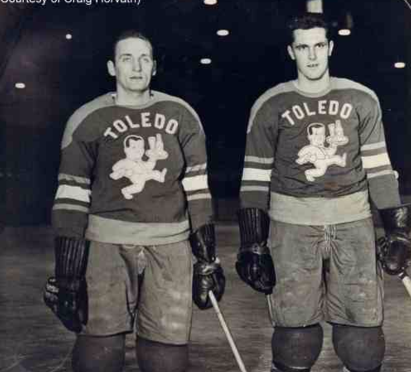 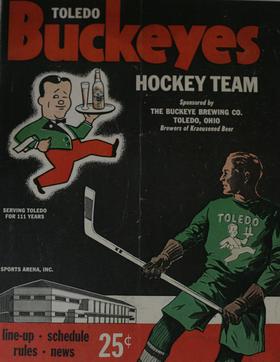 Pictured above is a 1949 Program of the Toledo Buckeyes Hockey Team whose games were played at the Toledo Sports Arena and Sponsored by The Buckeye Brewing Company. This program marked the inaugural season for Toledo’s entrance into the prestigious Eastern Hockey League, the oldest Hockey Association in the United States, first formed in 1932 as the Tri-State League. Before the 1949 season and after the 1949-50 season the Toledo team played in the IHL under the name Toledo Mercury

Made from heavy game weight knit fabric with double elbows and double shoulders. This jersey is made by a former manufacturer of pro jerseys worn in the national, american and international leagues and represents the finest quality available in the industry. The front logo is fully embroidered and TOLEDO is in twill letters hand sewn onto the jersey. Number on back is free.