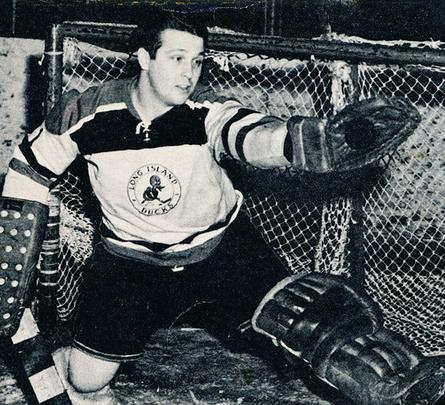 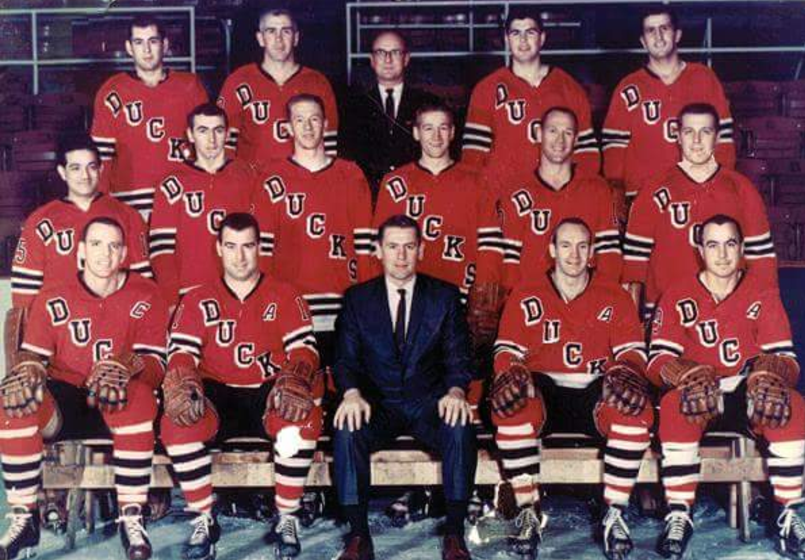 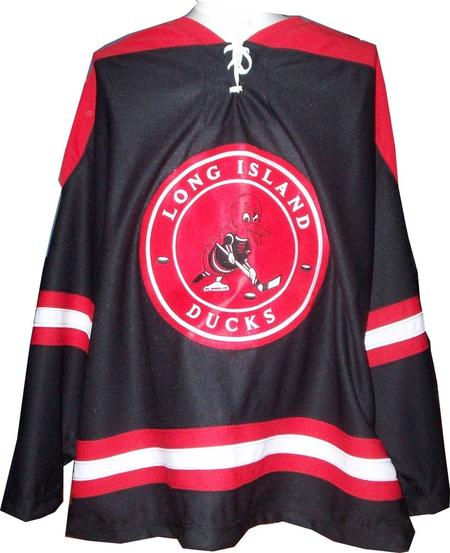 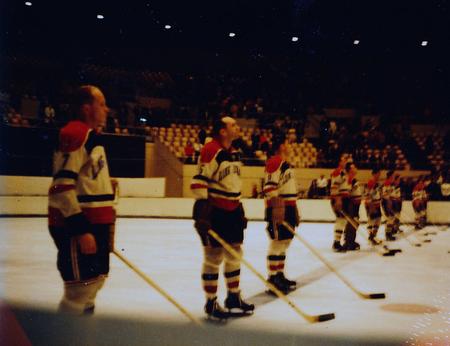 Long Island Ducks 1972-73 late season jersey. The story behind this style is that they were worn only for a few games at the end of the season. And that when they arrived from the manufacturer the team was not happy with the look and wanted to send them back.

Long Island Ducks 1965-66 team picture. John Brophy is in the top row, second from the left. 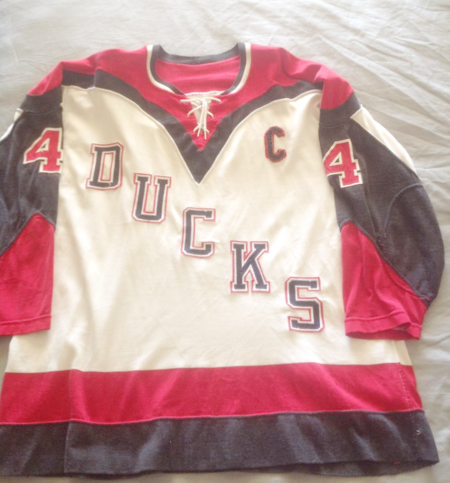 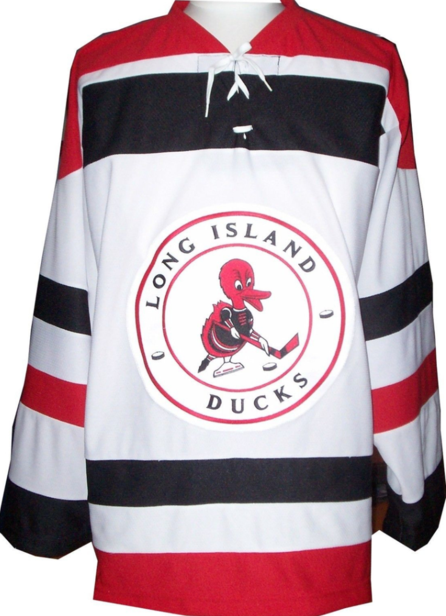 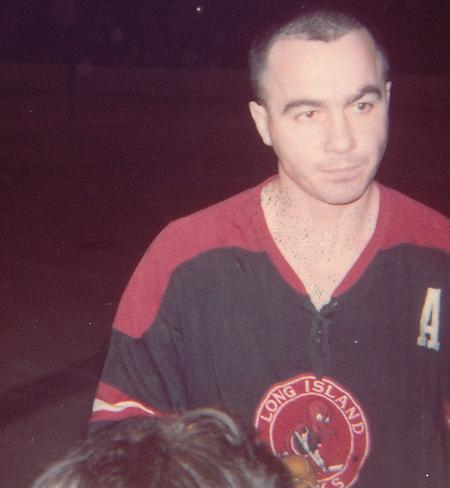 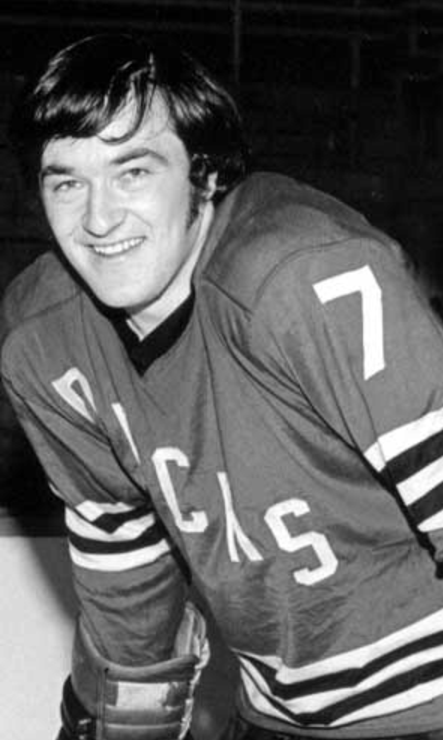 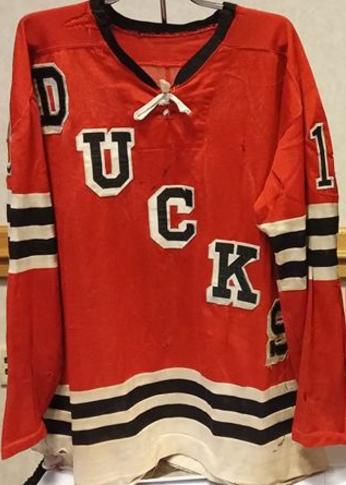 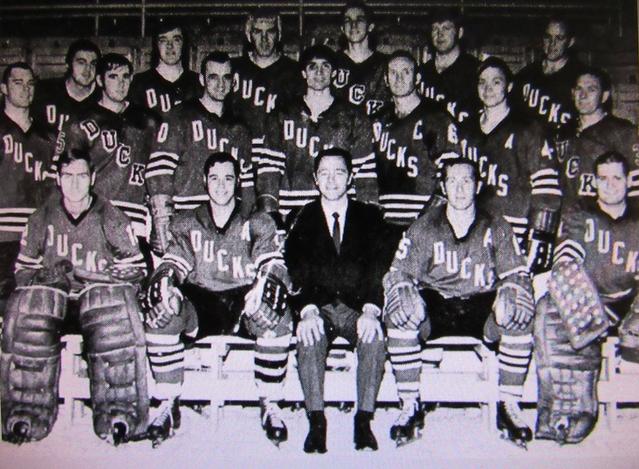 Long Island Ducks 1961-62 first year jerseys above; one with a round logo, one with an alternate Duck logo and one with no logo at all. 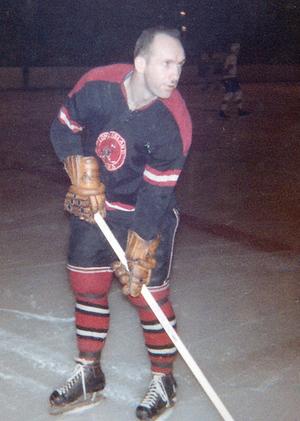 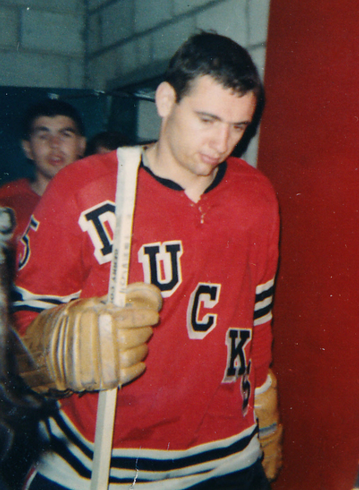 Made from heavy game weight knit fabric with double elbows, double shoulders and 1970's style snap fight straps. This jersey is made by a former manufacturer of pro jerseys worn in the national, american and international leagues and represents the finest quality available in the industry. The front logo is embroidered or sewn on twill letters depending on which style of jersey you choose. 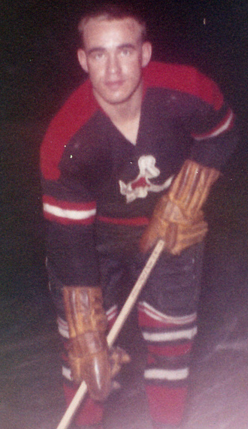 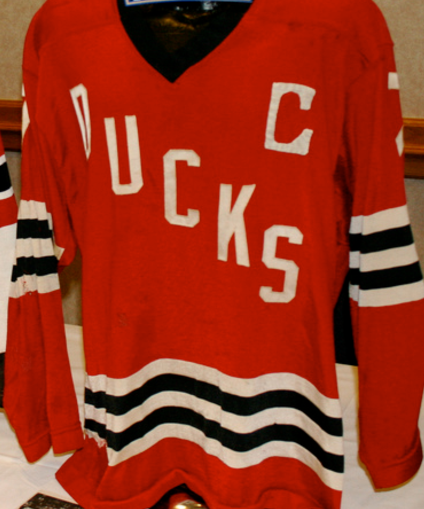 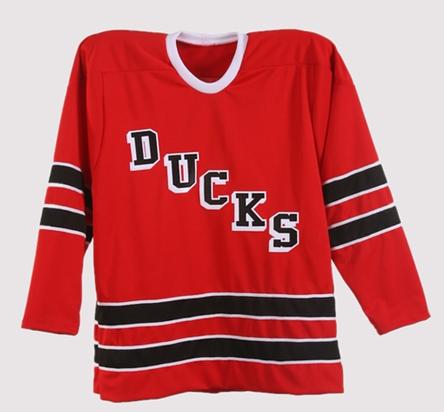 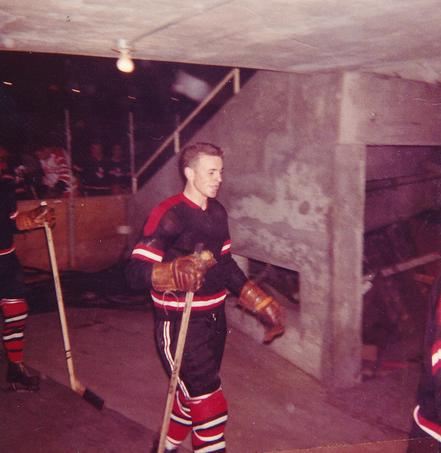 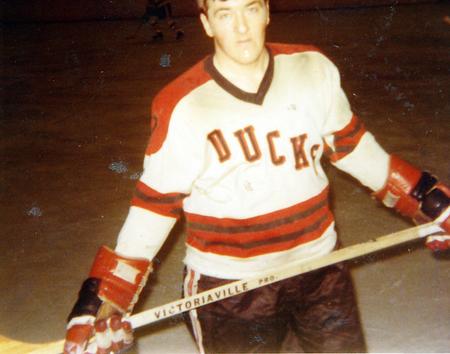