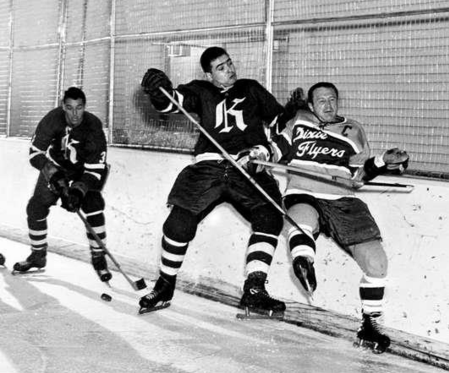 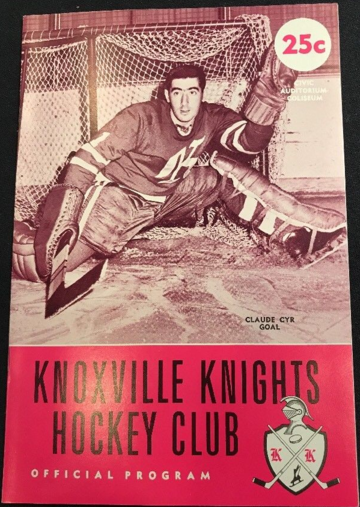 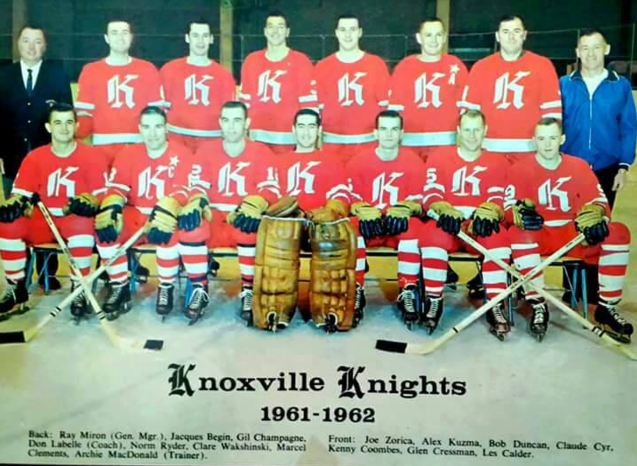 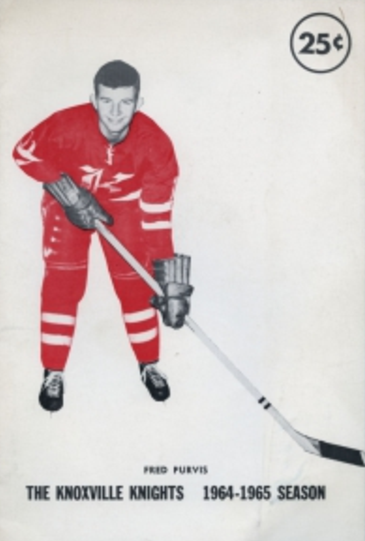 THE HISTORY OF THE KNOXVILLE KNIGHTS

The Knoxville Knights were a minor professional ice hockey team based in the James White Civic Coliseum in  Knoxville,

Tennessee. The Knights played for seven seasons in the Eastern Hockey League from 1961 to 1968. The Knights folded at the end of the 1967–68 season. The Knights had the distinction of having the youngest player in EHL history appear in a game during their existence. On March 13, 1966 in a game against the Jacksonville Rockets, Knights head coach Doug Bentley inserted his son Doug, Jr. into the lineup after a rash of injuries hit the team a few days before. Doug, Jr, was born June 1, 1951, making him 14 years of age at the time of his Knights debut. 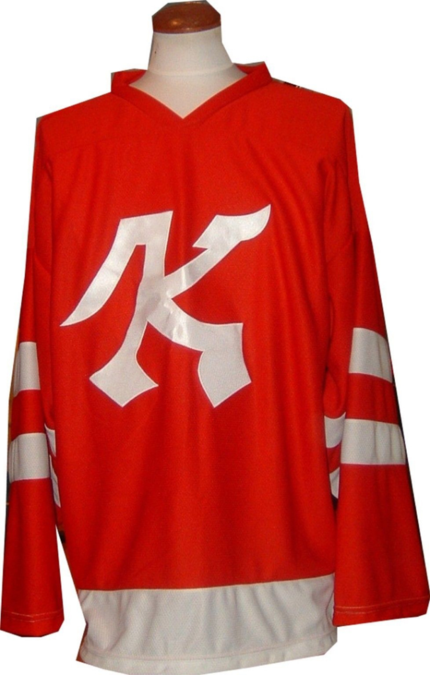 Made from heavy game weight knit fabric with double elbows, double shoulders and 1970's style snap fight strap. This jersey is made by a former manufacturer  of pro

jerseys worn in the national, american and international leagues and represents the finest quality available in the industry. The front logo is twill hand sewn onto the garment.