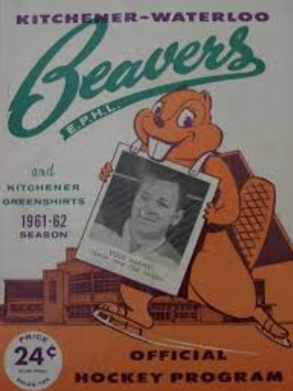 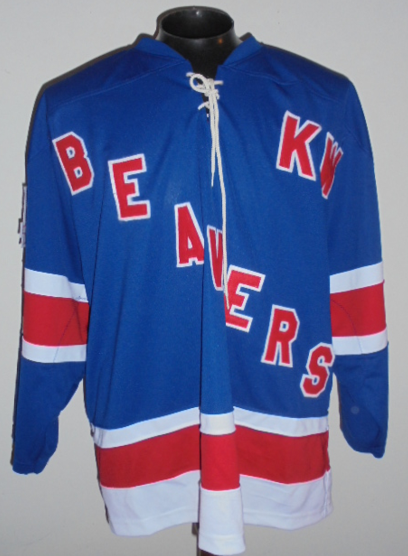 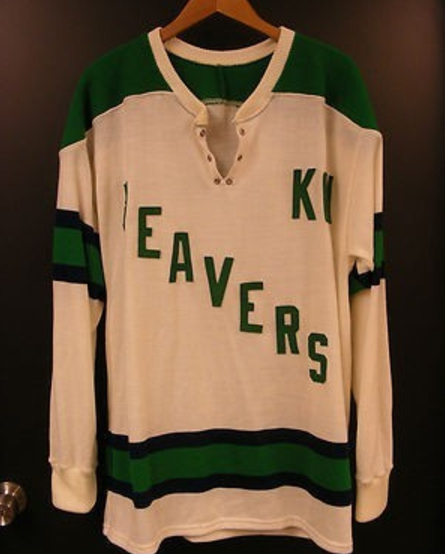 Constructed from heavy game weight double knit polyester with double elbows, double shoulders and period authentic tie down fight straps. all logos, numbers and letters are hand sewn onto the garment. Our jerseys are made by a former maker of jerseys for professional hockey teams in the national, american and minor pro leagues and represent the finest quality available in the industry. Use the contact button at upper left or call us at 716-602-478 with any questions.

The Kitchener Beavers were a Canadian professional ice hockey team in Kitchener, Ontario. They played in the Eastern Professional Hockey League from 1960-1962. Famous alumni include Donald S. Cherry who played for the team in the 1960-61 season and wore the green and white jersey on the left.