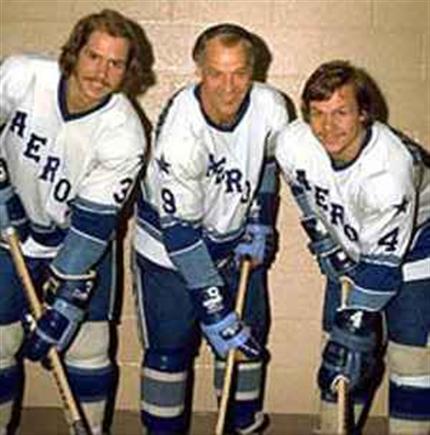 Made from heavy game weight double knit or mesh fabric with double elbows, double shoulders and 1970's style tie down fight straps. This jersey is made by a former manufacturer of pro jerseys worn in the national, american and international leagues and represents the finest quality available in the industry. The front logo features hand cut letters sewn onto the garment.

History of the Houston Aeros of the World Hockey Association (WHA)

One of the most successful franchises in the league, the Houston Aeros lived up to the billing of being a cornerstone of the WHA, and for the most part were one of the few shining stars in the league. Ironically though they were one of the first 12 teams, Houston wasn't originally considered for a franchise for the inaugural season in '72-'73. Originally intended for Dayton, Ohio, the proposed owners couldn't reach a deal with a suitable arena, so the opportunity was granted to Texas oil-tycoon Paul Deneau, who struck a deal with San Houston Coliseum.

With head coach Bill Dineen, they set out to build around a solid group of character NHL vets and young prospects. Between the pipes was Don McLeod, formerly with the NHL's Penguins and Wayne Rutledge, one of the top juniors playing in the Western Hockey League. Together they helped the team to the league's fourth best record, finishing second in the West with 82 points on the last game of the season. They went up against third place Los Angeles in the first round of the playoffs and beat the Sharks in 6. The post season was abruptly ended in the second round though before being swept by the Jets in four games.

Though selling more tickets than many of their counterparts their first season, Dineen and company set out to improve the team's marketability during the off season by putting together one of the sport's greatest lineups ever. After signing Mark and Marty from the minors, they lured legendary father Gordie Howe out of retirement. On and off-ice the move was a success. Steady crowds were coming out to see Gordie and the Aeros silence the critics and totally dominate the league. They became the first WHA team to break the 100 point barrier, finishing atop the league with 101. They went into the playoffs against the Jets for the second straight year.

This time it would have the exact opposite outcome though, with the Aeros doing away with them in 4 straight. Round 2 saw them up against the Fighting Saints. 19 points behind them in the regular season, Minnesota was a surprisingly formiddable opponent, but still fell in 6. For the finals, they played the Cinderella story Chicago Cougars. The Cougars' glass slipper was shattered however when the Aeros swept them in 4 for their first Avco Cup. They also all but owned the individual ~~honours as well. Gordie silenced any critics he may have had by winning the MVP, while Mark took home Rookie of the Year and Don McLeod was voted Best Goaltender.

The '74-'75 season pretty much picked up where the team left off the last. The league just did their first expansion and was now 14 teams with a third division. They also went down in history Sept 26, '74 when they took place in the first ever exhibition game between the the 2 leagues, beating the St Louis Blues 5-3. Ron Grahame, former third stringer, now was sharing the goaltending duties with Wayne Rutledge ~~. Their 247 combined GAA was tops in the league and the team surpassed the 100 point mark for the second straight year with 104.Though the Mariners, Saints and Roadrunners fought to the end for second in the West, Houston still finished well ahead of the pack and were expected to repeat as Avco Cup champions. Not disappointing, they dispensed of the Crusaders in the first round in 5 games, then capped off the season by sweeping the Mariners then the Nordiques while capturing their second straight cup. Again the team also took individual honours when Grahame became the second straight Aero to win Best Goaltender as well as the inaugural trophy for Playoff MVP, allowing under 2 goals a game and 3 shutouts.

Things looked pretty rosey for the '75-'76 season, as the Aeros again surpassed their previous total at 106 points. Their defensive play was again also a strong point. With Rutledge the number one goalie that year, he finished third in goals against average. They'd moved in to their new home The Summit, seating nearly 15,000 and ticket sales were good. But this year saw both Winnipeg and Quebec making drastic ~~ improvements. The Jets matched their mark, with Les Nordiques only 2 back. The road to the finals saw the Aeros recieve a bye in the first round, due to the new format of 4 rounds to accomodate the folding of 2 teams. They went up against a stubborn Mariners team in the next, but beat them in 6. The Dream of a three-peat didn't come true however. The seemingly invincible Aeros were run over by the Jets in 4 straight in the finals.

The team seemingly proved they were still the best in the league throughout most of the next season and set to prove it in the pre-season in an exhibition matchup at home against the Pittsburgh Penguins. Though they lost to the Pens 5-1, they still dominated the WHA, finishing again with 106 points, they were tops in the league for the third straight year. Adding Don McLeod to the roster of goalies after the demise of the Calgary Cowboys, the Aeros' goaltending was stronger than most, and Grahame recaptured his title as Best Goaltender. Although Bill Dineen was also voted as Coach of the Year, the team failed to live up to expectations for the second straight time. Though they dispensed of the Oilers in 5 in the first round, they were upset by the Winnipeg Jets, the team that thwarted their championship run the year before. Though favoured to beat the Jets this time around, they lost in 6.

The '77-'78 season was full of skepticism for both the team and the league. All the recent turmoil saw the WHA reduced to 8 teams in 1 division, and many of Houston's core,including star goalie Ron Grahame and the Howes, jumping ship to the NHL or other WHA clubs. Again they were chosen to represent the league against the NHL in pre-season play, but lost to the Atlanta Flames 5-3. Although Rutledge was now sharing the net with newcomers Ernie Wakely and Lynne Zimmerman, they finished with a combined GAA of 3.26 and the team finished with fewer goals and more scored against. Under the new alignment, Houston finished the year in third place and only 86 points. Patchy win streaks all year long didn't help either, and new owner Kenneth Schnitzer saw crowds drop while also watching initial plans to merge ~~with the NHL fall apart. They were faced off against the Nordiques in the first round of the playoffs, bowing out 4 games to 2.

The only consolation of the year was Dineen repeating as Coach of the Year. The offseason saw turmoil mount on the corporate level, as a merger with the NHL now seemed imminent, but Houston not making the cut. Incensed, Schnitzer opted out of the final season of the WHA schedule. Had the NHL approved admission for Houston, it had the potential of becoming one of the staple franchises, a role they lived up to in the WHA. And although the name Aeros did resurface in Houston in '96 in the International Hockey League, the city has never had a major league hockey team since, despite several applications and an unsuccessful attempt at buying the Edmonton Oilers in the late '90's. 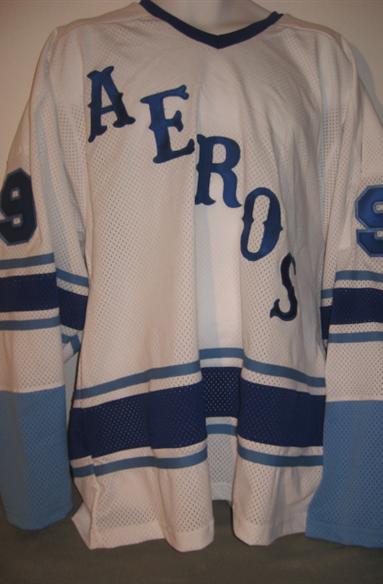 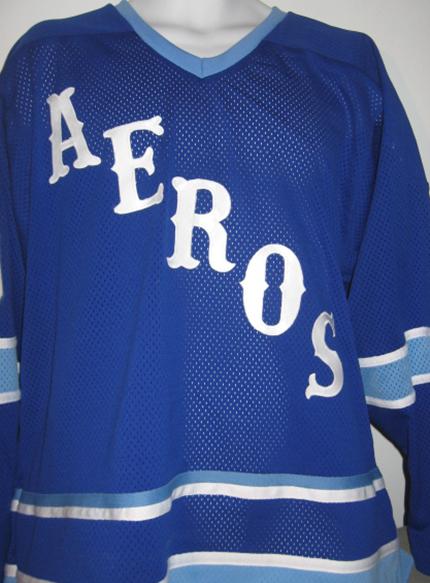 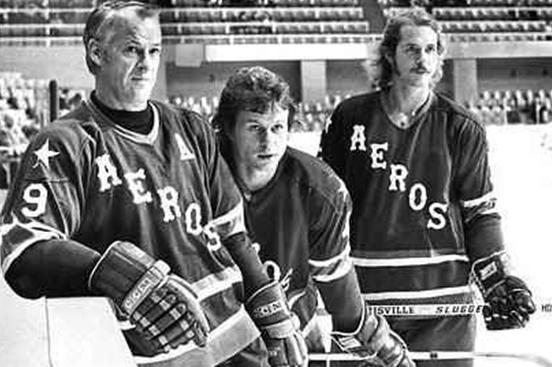 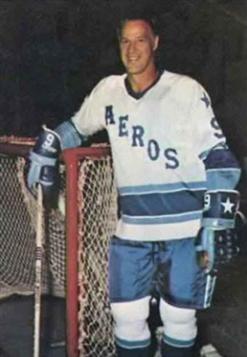