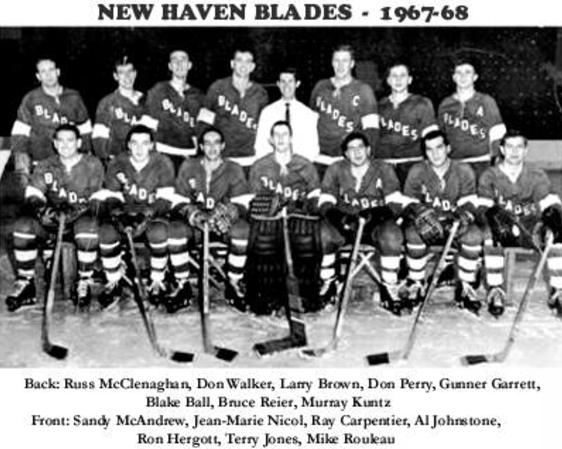 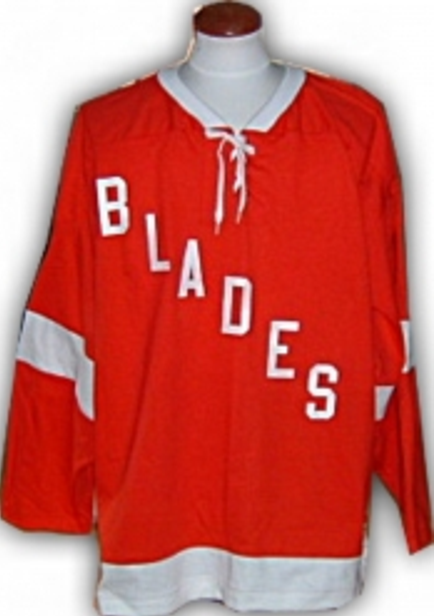 Made from heavy game weight mesh fabric with double elbows, double shoulders and 1960's style fight straps. This jersey is made by a former manufacturer  of pro jerseys

worn in the national, american and international leagues and represents the finest quality available in the industry. The front logo is twill hand sewn onto the garment.

THE HISTORY OF THE ATLANTA KNIGHTS VINTAGE HOCKEY JERSEY

The Atlanta Knights were a minor league professional ice hockey team in the International Hockey League from 1992 to 1996. The Knights were based in Atlanta, Georgia, and played at the Omni Coliseum. The team became the Quebec Rafales from 1996 to 1998.

The Atlanta Knights were an IHL expansion team in 1992 as the top farm team of the NHL's Tampa Bay Lightning. They won the Turner Cup in the 1993–94 season. The Knights featured the first professional African-American head coach in John Paris Jr.. The Knights were also one of the first professional teams to play a female goalie, Manon Rheaume, in a regular-season game.

Led by team captain & IHL legend Jock Callander and a 40-goal explosion from right winger Keith Osborne (each in their only season with the club), head coach Gene Ubriaco's Knights would prove to be among the league's most formidable sides, amassing franchise single-season records in wins (52), points (111) & goals scored (333) en route to claiming the Atlantic Division championship. The initial Knights roster featured many players that would go on to cement themselves into the folklore of the club, among them centers Brent Gretzky & Colin Miller; wingers Christian Campeau, Stan Drulia & Jason Ruff; defencemen Jeff Buchanan, Eric Dubois, Chris LiPuma & Shawn Rivers; and goalkeepers Jean-Claude Bergeron & Mike Greenlay.

This masterful netminding combined with outstanding play from off-season acquisitions Steve Larouche and Jeff Madill as well as the blueline brilliance of Jeff Buchanan, Eric Charron, Cory Cross & Eric Dubois contributed greatly to the Knights' second-consecutive division championship, this time the Midwest. The 1993-94 season also saw Knights' legend Stan Drulia establish single-season club records for goals (54), assists (60), and points (114). The captain's extraordinary play carried over into the post season, culminating in his being awarded the Norman R. "Bud" Poile Trophy (IHL) as MVP of the Turner Cup Playoffs with a 13 goal, 25 point performance over the tournament's 14-game span. Four game series sweeps in each of the Turner Cup Playoff's first two rounds (vs. the Milwaukee Admirals and San Diego Gulls (1990-95) respectively) earned the Knights their first Finals appearance. Greenlay's brilliant play continued throughout the tournament with the netminder posting an eye-popping 11-1 record, a microscopic 2.32 GAA & an outstanding .910 save percentage in 13 playoff appearances.

For the 1996–97 season, the Knights relocated due to the impending arrival of a National Hockey League team in Atlanta (Atlanta Thrashers), and the loss of The Omni as an arena. During their years in Atlanta, Rick Morgan was their full-time national anthem singer and encouraged the crowd to shout "KNIGHTS!" during the line, "Gave proof through the "KNIGHTS" that our flag was still there." It is still customary to hear an emphasized, shouted "KNIGHTS!"  during the national anthem at Thrashers games at Philips Arena by spectators in honor of the team.

The Knights became the Quebec Rafales (French for "gust of wind"), after relocating to Quebec City, Quebec, and took residence at the Colisée de Québec. The team drew well in 1996–97 one year after the NHL Quebec Nordiques departed Quebec City for Denver, Colorado. The next year, after trading some of their best players, such as goaltender Stephane Beauregard, the team didn't reach the playoffs. The owners did not realize the expected profit and folded the team after only btwo season in Quebec. 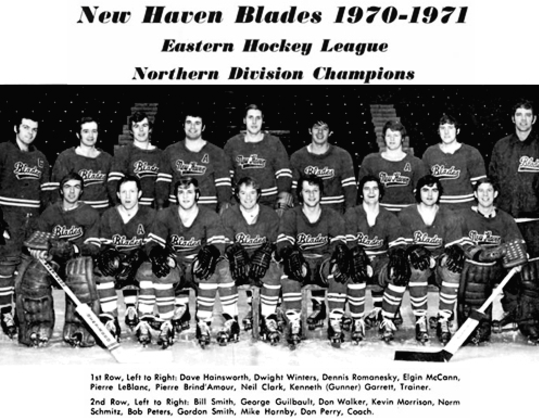 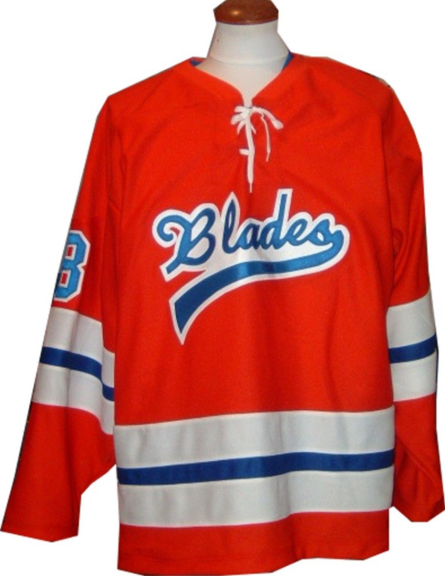