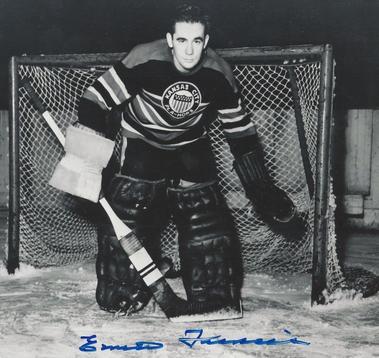 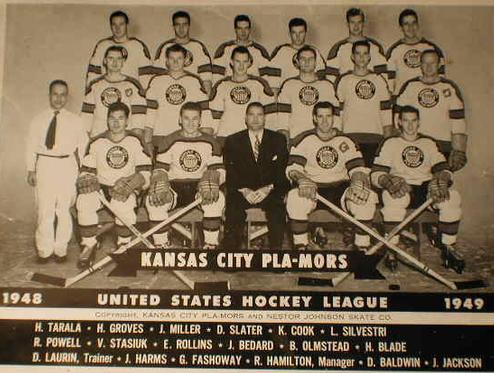 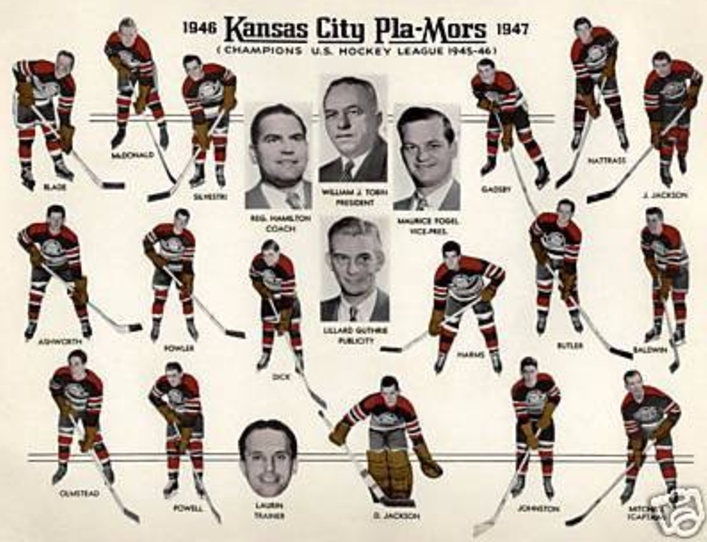 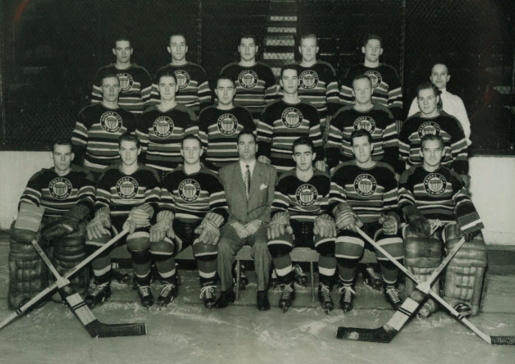 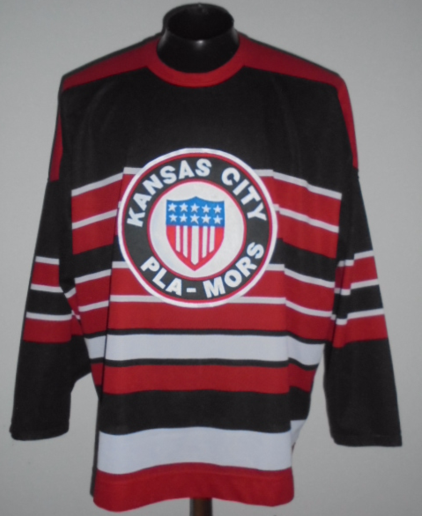 The Kansas City Pla-Mors were a minor pro team in Kansas City, Missouri. They played in the American Hockey Association from 1927 to 1933 and the United States Hockey League from 1945 to 1949.

The league was revived after the war as the United States Hockey League. The Pla-Mors name was revived and the team won only playoff championships in 1945-46 and 1946-47. The name lasted until 1949 when the team's name was changed to the Kansas City Mohawkswho lasted until the league folded in 1951.

Made from heavy game weight double knit fabric with double elbows and double shoulders. This jersey is made by a former manufacturer of pro jerseys worn in the national,

american and international leagues and represents the finest quality available in the industry. The front logo is made from felt with each piece individually hand cut and sewn together.