The history of the Kansas City Blades

Russ and Diane Parker bought the dormant Toledo Goaldiggers franchise and moved it to Kansas City in 1990. Russ Parker conducted a contest to name the team and fans chose the name "Jazz"; however, because the NBA's Utah Jazz were already using that name, Parker decided to use the second most popular name, "Blades." George Brett was one of a number of local residents that had submitted the name "Blades" during the naming contest. Coincidentally, that was also the name of the IHL franchise that preceded the Goaldiggers in Toledo.

For the 1990-91 season, the Blades were an independent team. From 1991-1996, they were the primary affiliate of the San Jose Sharks. The Sharks and Blades ended their association in the summer of 1996, leaving the Blades as an independent team again. This coincided with the sale of the team to the DeVos family, which also owned stakes in the Grand Rapids Griffins and the Orlando Solar Bears. One of the changes was an overhaul of the team logos and uniforms that was unveiled on July 9, 1998. The new logo was created by Sean Michael Edwards Design (SME) of New York City. For their final season, the Blades became the primary affiliate of the Vancouver Canucks. The affiliation agreement was for two seasons, but the Blades, and the entire IHL, ceased operations one year into the partnership.

The Blades' best season was in 1991–92, when they won the Turner Cup in only their second season, under the coaching of Kevin Constantine. The Blades advanced to the Turner Cup finals again in 1995, only to lose in four straight games to the Denver Grizzlies.

During the 2000 season, rumors became reality, as the DeVos family attempted to move the Blades franchise to Oklahoma City. Faithful fans held a "Save the Blades" rally to persuade local government to keep the team in Kansas City. In the end, the team would not move to Oklahoma City due to disputes between the league and both cities. By this point, the DeVos family was no longer welcome by Blades fans and was often booed on their rare appearances in Kansas City.

The effort to save the franchise proved to be a dead letter. Due to financial troubles, the IHL ceased operations in the summer of 2001. Surviving IHL teams were admitted into the American Hockey League for the 2001–02 season. Because of league rules, owners could only control one team. The DeVos family chose to move the Griffins to the AHL (since they were based in the family's hometown of Grand Rapids) and fold the Solar Bears and Blades.

The Kansas City Outlaws of the United Hockey League played in the Kemper Arena for the 2004-2005 season before they folded. The Kansas City Mavericks of the ECH now play in the Silverstein Eye Centers Arena in nearby Independence. In 2007, the Sprint Center opened in downtown Kansas City; it was built specifically to attract an NHL or NBA team. Several NHL exhibition games have also been held in Kansas City since the demise of the Blades. The St. Louis Blues have played four exhibition games in Kansas City, including games at Kemper arena in 2003 and 2005, and games at Sprint Center in 2008, 2014 and 2016. 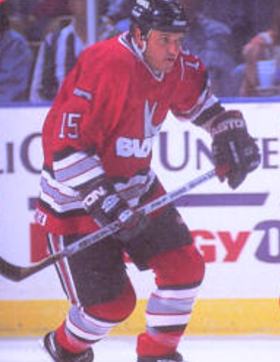 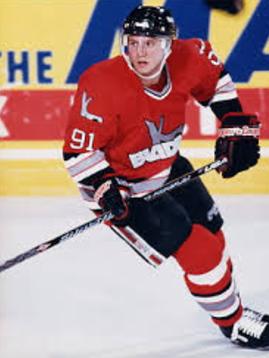 Made from heavy game weight doubleknit polyester fabric with double elbows, double shoulders and snap fight straps. This jersey is made by a former manufacturer

of pro jerseys worn in the national, american and international leagues and represents the finest quality available in the industry. The logos are made from twill. 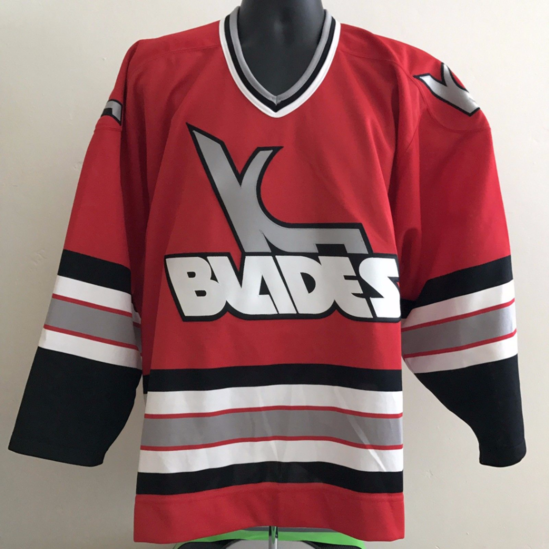 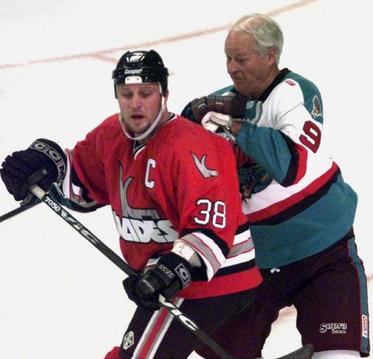