THE HISTORY OF THE MIAMI SCREAMING EAGLES

The Screaming Eagles franchise was the second attempt at a professional hockey team for the South Florida market. The first came two years prior; Seymour H. Knox III, Northrup R. Knox and Robert O. Swados, the owners of the Buffalo Sabres, were awarded an American Hockey League franchise in 1970. The Knox-Swados consortium intended on placing their AHL team in South Florida; the AHL refused to allow a team to play in a market that distant (the AHL had no teams south of Virginia at the time). The proposed team was instead placed in Cincinnati, Ohio and named the Cincinnati Swords.

Businessman Herb Martin bought a franchise in the WHA in 1972. The Screaming Eagles made a splash immediately by signing Bernie Parent from the Toronto Maple Leafs, the first National Hockey League star inked by the rebel league, and Boston Bruins standout Derek Sanderson. Martin developed a unique plan to build an arena within the walls of four office buildings to create what he called the Executive Square Arena. This new arena was to have been a showcase for the new league. The WHA had even planned to open their season in Miami on October 6, 1972 by hosting the Winnipeg Jets in the new arena. But the plans started to fall apart when construction of the proposed arena was halted. Dade County cited failure to comply with a zoning ordinance which requires one parking spot for every four seats in the arena. At a league meeting in Chicago, the WHA would not accept Miami's $100,000 performance bond because of the lack of a arena to open the season.

The only other option for a home arena for the Screaming Eagles had they chosen to stay in South Florida would have been the then-new Hollywood Sportatorium. But Martin felt this arena was unsuitable even for temporary use; it had no air conditioning or permanent seats, and the roof was partially open.

Unable to find a solution to the arena problem, on April 28, 1972, WHA President Gary Davidson notified Herb Martin that his club's franchise agreemnent in the new league had been terminated and that the Miami Screaming Eagles were no longer members of the WHA. In June 1972, Bernard Brown and James Cooper were granted the rights to the Miami Screaming Eagles along with the players (namely Bernie Parent) that were under contract with the team, from Herb Martin. Brown and Cooper then relocated the franchise to Philadelphia and renamed the team the Blazers.

Made from heavy game weight knit fabric with double elbows, double shoulders and 1970's style snap fight straps. This jersey is made by a former manufacturer of pro jerseys worn in the national, american and international leagues and represents the finest quality available in the industry. The front logo is sewn on. If you would like to send us a message or make an order, please use the contact tabs below left labelled CONTACT or ORDERING. Or you can telephone Vintage Hockey Jerseys at 716-260-2968 with any questions. 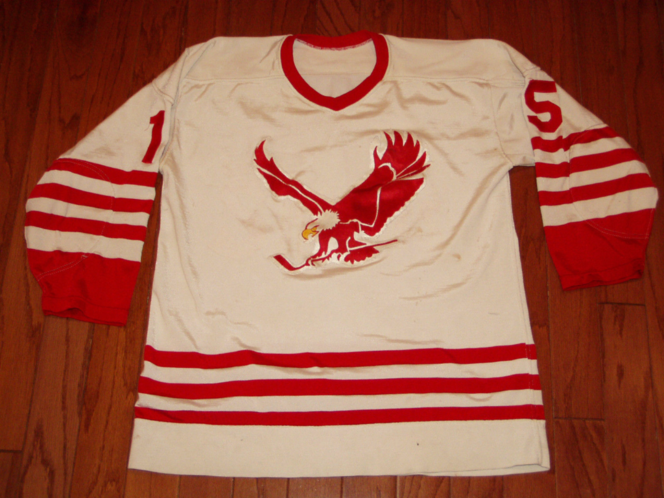 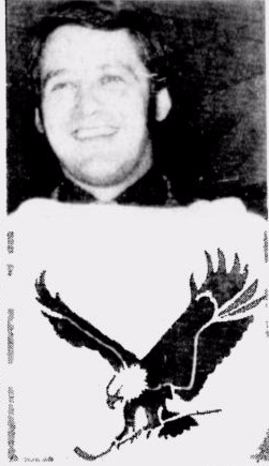 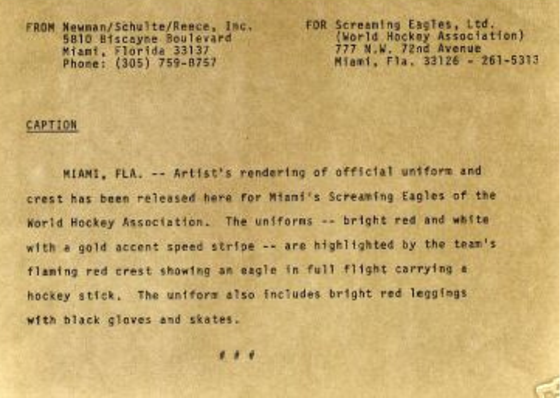